Before it disappears, see the video made on Moroccan TV demonstrating how a young woman can hide bruises from a beating.  People were outraged by the segment had the video removed from state television, but it has appeared on twitter.

“We hope these beauty tips will help you carry on with your daily life”, the host said at the end of the segment, broadcast on 23 November – two days before the International Day for the Elimination of Violence Against Women.

See the video here: The Guardian

The History of Christmas

Now that the holidays have come upon us it’s time to reflect on what they really mean. As we enjoy Thanksgiving we look forward to Christmas. Before celebrating the holiday the way we have for years the History Channel may give you a new  perspective on it’s meaning. There are articles and videos that will surprise you. click on the link below to access the site. 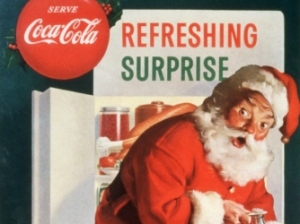 Learn about the Soros Machine

With President elect Donald Trump comes opposition like Americans have not seen. Behind the sore losers of the Presidential election are billions of dollars amassed to take down America.

Much to the surprise of those who want to change America to look and behave like a third world country, the people of America have spoken, and now comes the payback. Rioters, and even Evangelicals who oppose the Constitution and the democratic form of government will be coming out of the woodwork.

This brief video of the Soros machine needs to be shared. Be prepared. Stand your ground. The people have spoken.

The points Baldwin makes in this article should terrify anyone from voting for her.

“Should Clinton Be Elected President…”

Ms. Gabriel has addressed the United Nations, the Australian Prime Minister, members of the British Parliament/House of Commons, members of the United States Congress, the Pentagon, the Joint Forces Staff College, the U.S. Special Operations Command, the U.S. Asymmetric Warfare group, the FBI, and many others.

In addition, Ms. Gabriel is a regular guest analyst on Fox News Channel, CNN, MSNBC, and various radio stations daily across America. She serves on the board of advisers of the Intelligence Summit.

Ms. Gabriel is the author of two New York Times Best Sellers, BECAUSE THEY HATE and THEY MUST BE STOPPED. Ms. Gabriel is named one of the top 50 most prominent speakers in America. She speaks Arabic, French, English and Hebrew. ~Act For America