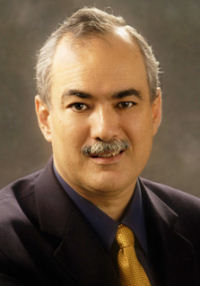 See Walid Shoebat, former PLO terrorist,  and believer, in his first internet TV Episode. Shoebat speaks from a former Islamic background. He was raised as a Muslim and was redeemed through a challenge by His wife to study the bible.

Born in Bethlehem He interprets the bible using a middle eastern lens and relates it to believers as He sees that part of the world. Whether you agree with his version of end times events or not, his perspectives will give you pause. He is a man who loves the Lord and loves and supports Israel.

Diet Eman, in her book “Things we Couldn’t Say” quotes Dietrich Bonheoffer from “The Cost

of Discipleship”… “When Christ calls a man, he bids him come and die.”

Eman a Christian, was a teenage girl living in the Netherlands when the Germans invaded her town. It was an “overnight” takeover, and many believing friends and family succumbed to this evil invasion, thinking as Christians, they were to submit to the authority of the government no matter who or what they represented.

Many of them suffered and died at the hands of the Germans, but Eman, with a few other young men and women, managed to hide and save many Jews because they could not resolve that God himself was on the side of the Germans. They could not understand why their Christian brothers and sister so easily gave in to the invasion and forfeited the freedom God had given them.

“It didn’t take long however, before our group of resisters had answers to the question we had constantly asked during those first days of the Occupation. Soon enough we knew that the only way for us to act was to resist, even though the risk sometimes seemed very high.” pg. 38

“Right from the beginning, the Occupation created ambiguities, arguments, and difficult struggles within Christian circles. When Jesus lived, his country was occupied by Romans, and everyone remembered what He said, “Give Caesar what is Caesar’s.” Jesus Christ never preached rebellion against the Roman. Part of the struggle, the moral struggle, was the belief that what had happened in our little country was in fact ordained by God: some people claimed that we shouldn’t interfere with what went on because the Occupation itself was God’s will.” pg. 44

The confusion caused some to not act at all;

“But the church we called the “black-stocking church” leaned toward the other point of view: that our burden was to be in subjection to whatever higher powers God had placed over us. People who took that point of view were never very strong in the Resistance because they thought resistance against the established government was quite simply sin.” (italic added) pg.45

What kind of people laid down their spiritual weapons…

“Jet’s family didn’t invite boys from the armory into their house. Her family belonged to our church, but they had six kids, and they would say, “Yeah, yeah, our family is too busy. We can’t do that.” We accepted their decision. But they were really the same kind of people we were; they attended the same church and had the same basic beliefs…” pg. 49

The point is… where do you stand? Are you “too busy” to get involved? Are you of the conviction that you are to succumb to evil because evil is encroaching? May I suggest you read the book. It is an easy and fast read. It will stir your conscience. Find a copy on Amazon and read it with friends. Read part of it here on Google books;  “Things We Couldn’t Say” there are about 90 pages online and it may be all you need to read.

Charlie Sheen Isn’t the Only One Who Is Delusional

This article is a must read if you care about Israel at all. Once again our placating media is using distractions to the likes of Charlie Sheen while encouraging us to turn a blind eye to world events.

Things are heating up fast around the world and Keith Davies is not errant in his reasoning. In fact, to anyone who does their homework, he seems to be one of the few who are making sense nowadays.

Click on the link below for a  wake-up call to share with those you know who are nodding off; listening to the current drivel of media, while they miss the point of world events and their consequences completely. Then; mark your calender and make a point and a commitment to attend our P.A.R. meeting March 18.

Charlie Sheen Isn’t the Only One Who Is Delusional.